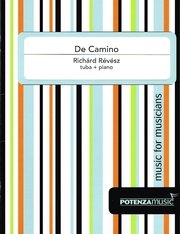 Since graduating at the Liszt Academy in 2001, Richard Revesz has been a first-call session and touring pianist, composer, keyboard player and arranger on the Hungarian jazz and pop music scene. He has played with many of the best local artists, including internationally renowned jazz bassist the late Alada?r Pege, vocalists Andrea Malek and Myrtill Micheller and groups like the Latin Combo, the Budapest Jazz Orchestra and TNT.

In 2007 Richard won the Artisjus prize awarded by the Hungarian authors’ and composers’ society Artisjus for outstanding accomplishments in bringing Hungarian compositions to domestic and international audiences. In 2006 he received a special Award from His Excellence Jose Luis Martinez Hernandez, Mexico’s Ambassador to Hungary for his outstanding contribution to promoting Latin-American music in Europe.