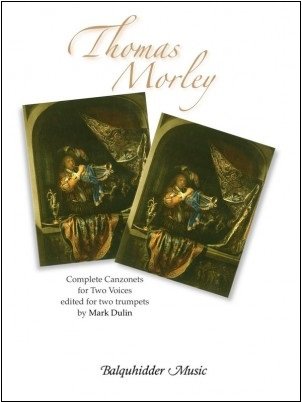 This volume contains the complete works from Thomas Morley's First Book of Canzonets for Two Voices. They are comprised of nine instrumental fantasies and twelve pieces with lyrics that could have been sung, played on instruments or a combination of the two. The instrumental works were most likely played on viols or recorders. Mark Dulin has adapted these works for trumpet, and since the original works do not indicate dynamics, tempo markings or articulation, he has elected to exclude them here as well. Playing a few of these pieces as a suite would be excellent for performance, and they are also useful tools in studying intonation, imitation and early music performance.