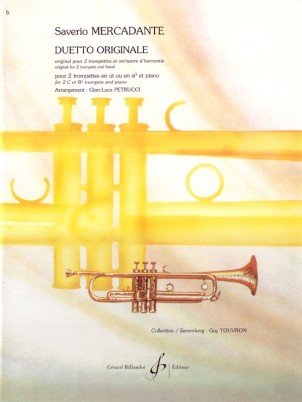 Giuseppe Saverio Raffaele Mercadante was an Italian composer known particularly for his operas, and his development of operatic structures, melodic styles and orchestration contributed significantly to the foundations upon which Giuseppe Verdi built his dramatic technique. He also composed an impressive amount of works for solo and ensemble instruments, including his Duetto Originale, which has been newly arranged to be played with a piano accompaniment by Gian-Luca Petrucci. For advanced players.