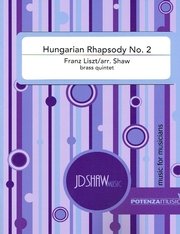 Known throughout the world as a founding member, music programmer and arranger for the Boston Brass , JD Shaw has also performed in the Rochester Philharmonic, San Francisco Symphony, Wichita Symphony Orchestra, Missouri Symphony, Vienna Philharmonic and the Boston Pops. He has also been a featured performer on NPR’s Performance Today and the CBS Morning Show.

Prof. Shaw received a Bachelor of Music from Wichita State University, where he studied with Dr. Nicholas E. Smith, and a Master of Music from the Eastman School of Music. where he was awarded the Performer’s Certificate under the tutelage of horn pedagogue Verne Reynolds. As an active performer and prolific arranger, Shaw has recorded over fifteen albums encompassing diverse musical styles from the classical, jazz, and Latin genres. His record labels include Loft Recordings, Mark Records, and Summit Records. A notable recent project featured the Boston Brass recording the Stan Kenton Christmas Carols with many well-known brass players, such as Scott Hartman, Jens Lindemann, Scott Thornburg, Jeff Nelsen, and Sam Pilafian.

Prof. Shaw has presented numerous clinics and workshops for music educators, as well as masterclasses for students of all ages and levels. In addition to his credentials as a horn performer and teacher, he is the Brass Program Director and Music Arranger for the Phantom Regiment, the reigning Drum Corps International World Champion.