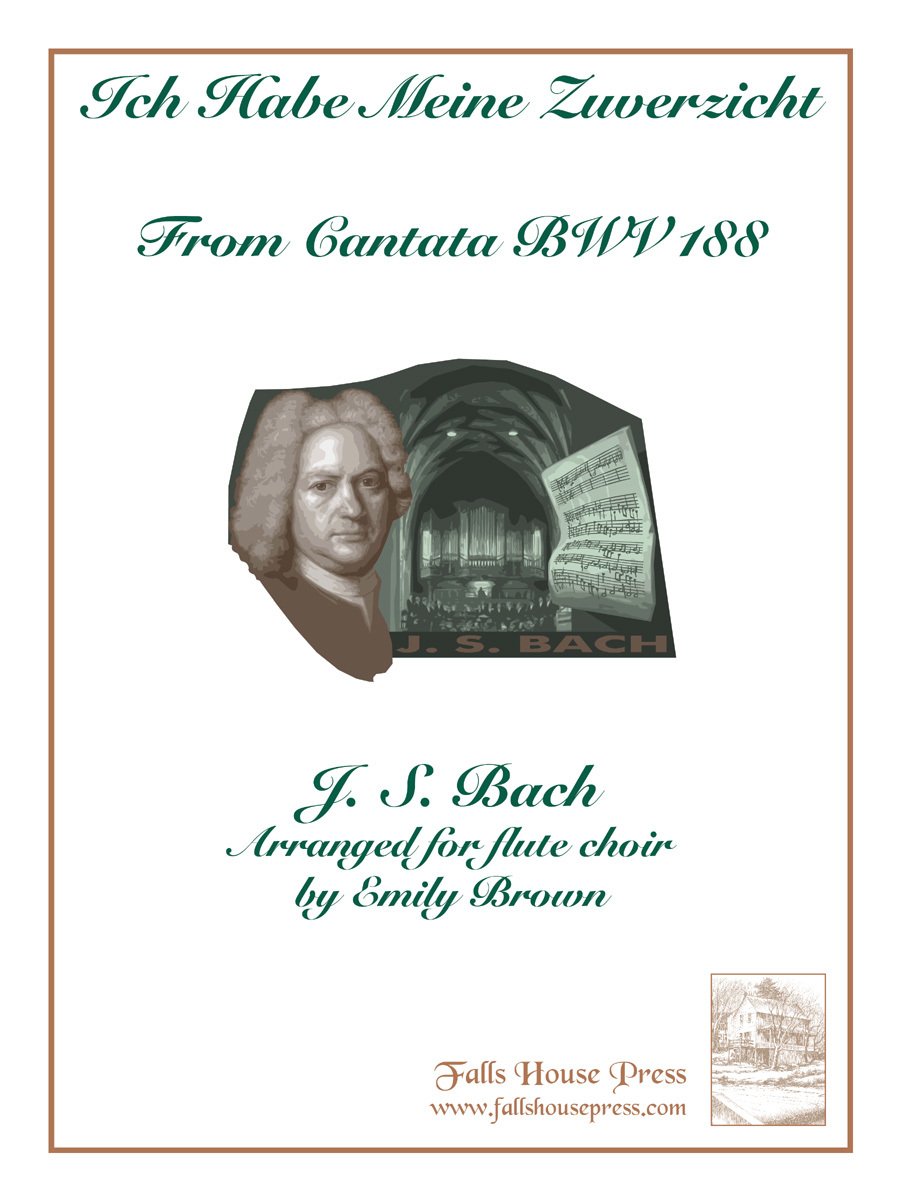 This tenor aria from Bach's Cantata 188 is set for five-part flute choir with contrabass. The 2nd alto flute part plays the tenor solo and the solo oboe part has been given to the first flutes. Written in 1728, this work was performed only once during Bach's lifetime and was lost until 1891 when its manuscript was reconstructed by Alfred Dorffel. Arranger Emily Brown is a student of Darlene Dugan and a member of the West Michigan Flute Orchestra.